How to Use Facebook’s New ‘Engagement’ Custom Audience Feature

If you are advertising on Facebook, then you are probably familiar with the platform’s “custom audience” feature. Until recently, this option presented three choices for creating a custom Facebook audience:

But for those of us who would like to target users that have previously interacted with the content we share on Facebook, there is now a fourth option: Engagement on Facebook. This is the part where a choir of angelic voices enters with a resounding “AH!”. NOTE: If you have never heard of Facebook custom audiences before, or you have never utilized them, I highly recommend checking out this Facebook remarketing guide from Jon Loomer.

Choosing the “engagement on Facebook” option will allow you to create custom audiences based on three types of engagement: Before this new feature rollout, advertisers could create audiences based on video views, but it could only be done using one video at a time and engagement options were much more limited.

Selecting the new video option allows you to advertise to people who have watched your video(s) for specific amounts of time. And this is not limited to just one selection per audience. You can mix and match different videos and the lengths of time people engage with them. That’s right. You can create audiences based on varying amounts of user engagement with multiple videos. So if you published a series of videos relating to a particular topic, you could create a custom audience comprised of people who viewed certain amounts of the videos within that series.

For example, let’s say you operate a paint supply store and you’ve posted a 3-part video series on selecting paint colors for the home. You’re now running a month-long, in-store sale on Valspar interior paint and would like to create a Facebook ad promoting the sale. The new custom audience feature allows you to do something like this:

Assume that videos one and two are each about 5 minutes long, while part three is ten minutes long, you could place your ad in front of users who have completed at least one of the following actions in the last 30 days. Once your video engagement custom audience has been created, use Facebook’s ads manager to combine the audience with other relevant qualifiers, like geographic location, to avoid spending ad dollars on users who are not likely visit your store.

If you have run lead ads on Facebook in the past, you can now create a custom audience of people who have opened or completed a form in your lead ads. After selecting a form, you can include people based on the action they took when they opened it.

So if you wanted to place new messaging in front of users who opened a particular lead form without completing it, you would choose the lead form you want to target and then select “people who opened but didn’t submit form” from the “include” drop-down menu. Creating custom audiences based on the engagement your canvas ads have received is another option within Facebook’s new feature. Much like defining lead form audiences, this process is pretty straightforward. Simply make a selection from your list of previously run canvas ads and then choose to include either “people who opened this canvas” or “people who clicked any links in this canvas.” Something worth noting about canvas custom audiences is that they are the only engagement ads that allow you to target users for up to 365 days after initially interacting with your content. Video and lead form audiences allow maximums of 180 days and 90 days, respectively.

Facebook’s new engagement custom audiences have the potential to be a powerful remarketing tool for businesses. However, I would like to see the social network release more targeting options for this feature in the future. Having the ability to reach people who have liked, shared, or commented on specific images and other non-video posts would be a great addition to the Facebook ads platform. 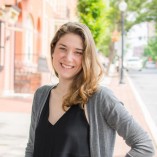 Emily is an Online PR Lead at Web Talent Marketing. She loves getting to know the story behind a business and using that unique history to help a company succeed. Emily also enjoys volleyball, cycling,...