RetailMeNot and other similar coupon sites are sanctuaries for smart shoppers. Hundreds of discount deals that help consumers save on everything from groceries to shoes. People love to save money and 59% of consumers say they enjoy taking the time to find bargains.

And for Ecommerce retailers and vendors, they are the crutch of assisted conversions. What online business wouldn’t want to see these revenue gains year over year? It certainly came to a shock to us when we started to see something odd unfolding in June with RMN referral revenue. It removed itself almost completely.

This was certainly odd and came out of nowhere. This particular client didn’t have a relationship with RMN so this was a surprise to them to see sudden drop offs. And the drop offs were genuine… July’s revenue from RMN dropped nearly 70%. Looking at assisted conversions for the month of July, revenue dropped nearly 90%.

We researched online and found nothing until we started digging into other E-commerce Google Analytics profiles and boom. Around the same time period, RMN drop offs were happening everywhere in different industries. The client examples below lost revenue anywhere from 10% to 55% from RMN referral traffic.

It isn’t coincidental for this to happen to multiple Ecommerce websites at the same time. So what happened? None of the above websites had any relationships with RMN and even if they did, the chance that they all dropped RMN at the same time was far beyond possible. With that theory out the window…we dug some more.

The one thing in common with the above examples was that they didn’t have any relationship with RMN. Additionally, we found that when you click on the coupon links that they were listed for on RMN, there is no actual codes but a message that states “No Code Needed!”. Well this is unfortunate. You’ve found the perfect pair of referee shoes but when you click the “Continue to Store” button, there is no offer, no coupon, no nothing. And these empty deals are all over RMN. This not only leads to a poor user experience, but also asks the question on why pay money to drive traffic to these empty deals?

Taking a deeper dive into SEMRush and SpyFU, we found an enormous number of paid ads disappearing this year from RMN’s ad history. Several ads targeting televisions for example, are no longer existent today but was so back in Spring of 2016. Many of the discontinued keywords and ads on RMN display the “Get Deal” button that directs you right to brand website, but again…no real deal is apparent to the user. Logically, it makes sense to pull spend on keywords, categories, and brand pages with no actual coupon codes. It offers zero value to visitors. As mentioned above, many consumers enjoy taking the time to find savings. The reward is getting what you want at the cheapest cost possible. It is satisfying entering a discount code at check out and visually seeing the price drop. Ahhh! I can actually see my savings! Instead, consumers are presented with a template landing page that you don’t even know is a real deal. There is also the possibility that RMN cut spend on brands they had no paid or affiliate relationship with. Relative to discount code related terms, they are dominating the top positions in organic search. It’s illogical to pay for clicks when you can ideally get them for free in the top organic positions. As of today, RMN is advertising on paid but with a select few brands and categories. 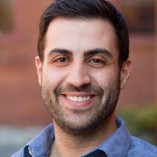